Many readers show an interest in the person behind the lines they read. That's not any different for me – the biographical snippets printed on the envelope of a book are always among the first things I read. It's my pleasure to introduce myself to you.

There's a beginning to everything

My legal name is Bernd-Otto Robker. I was born in 1972. When looking in the mirror, also I meanwhile have to admit that iron hard truth: »The first ten percent are over«.

It all began in Bramsche, a small town near Osnabrück. There, or, to be precise, in the belonging village Epe, I grew up being the son in an innkeeper's family, attended school and graduated with my abitur, main subjects German Language and History.

Weapons for body and mind

A year in olive followed, in the military (Bundeswehr) in Fürstenau. I was drafted and served my term as a rifleman in a light infantry battalion.

To study, I went to Münster/ Westfalen, the praised city of bicyclists. I was the only one in my semester not able to draw from a major in mathematics. Nevertheless, after five years I was able to show my diploma in economic computer science.

With this document in my application deck, I immediately found a job with an international company, which's call I followed to the land of the Swabians, to Sindelfingen. Soon after my part of the company was sold to another big player, who wanted to grow on the world market, and together with my colleagues I initially followed the law of modern slave trade. I got insight into the world of strategic business consulting and decided to try myself in this field. But through a twist of fate the consulting company I had joined also split from its parent company and, following that, was purchased by just that megacorporation which I initially had worked for. So I was sold, escaped, and was captured again. After a while I changed my career path, not being a consultant any longer, but now a project leader in the field of Strategic Outsourcing. I worked in this job until mid of 2012.

One advantage of major companies is, that they are not limited to a single location. That allowed me to follow the call of love to Cologne in 2000. Still today the city with the gothic cathedral at the river Rhine is my home of choice, even though my huge love lasted only two weeks after my move.

Although I discovered this passion only lately – in school time, I even bribed my classmates not to tell my parents about the start of the dance course and thereby successfully avoided joining –, today I like standard dance as well as latin dance and dabble in tango salons. However when I play a cd, I stay true to what began with my first music cassette, from which Iron Maiden roared their hymns through the boxes in my big sister's recorder. Those who call me quite often will hear loud music for people with long hair in the background. He or she could also get to enjoy my answering machine, as during writing, I tend not to spare my headset, against which the ringing of a phone has a hard stand.

Stories I like not only in printed form, and so my DVD collection fills more than a whole Billy set of shelves. I like to watch speculative series in English original version and count among those who can arbitrate between ›Babylon 5‹ and ›StarTrek‹, as I like both. In the area of fantasy ›Game of Thrones‹ established the gold standard. Full feature movies I prefer to watch in cinema, on the big screen. 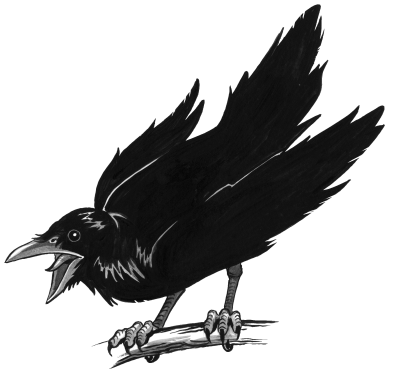 This much about the person – this way to the writer.